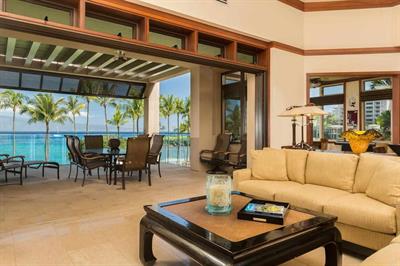 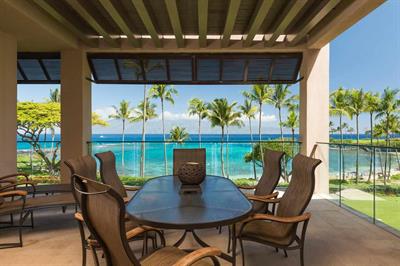 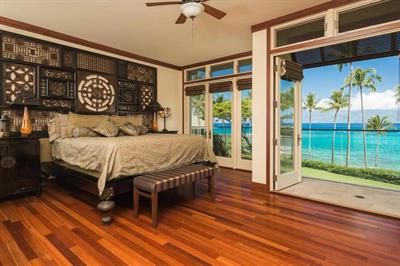 85 homes sold in Maui County in May, 2014 with a median price of $540,000. By comparison, there were 109 homes sold in Maui County during May of 2013 with a median price of $549,000. This is a 22% drop in sales activity and a 2% drop in median price compared to last May. There were 116 condo sales in May of 2014 with a median price of $476,000. Last May, there were 139 sales reported in Maui with a median price of $380,000. That is a 17% drop in sales activity with a 25% jump in median price when comparing this May to last May. There were 20 land sales reported in May at a median price of $575,000. In May 2013, there were also 20 sales with a median of $267,500. That is a 215% increase in median price. While compiling the numbers above, I came across some more numbers and data from that are worth sharing. » The highest priced home sale last month was $3,150,000 for a Ka’anapali Coffee Farms residence. » That was one of five home sales over $2M last month. The other four sales were geographically diverse with closes in Haiku, Launiupoko, Wailea and Maui Meadows. » The highest priced condo transaction was $5M for a beachfront unit at Coconut Grove in Kapalua. » This was one of 15 condo sales over $1.5M last month. Honua Kai Resort led the way with seven sales over $1.5M. There were also two sales at The Whaler, one sale at Kaanapali Ali’i and one sale at Kaanapali Shores. The Kaanapali area condos were a hot ticket for luxury buyers. The other big sales occurred at Kapalua Bay Villas, Wailea Point and Na Hale O Makena. » The highest priced land sale last month was $1.6M for 42 acres on the ocean between Wailuku and Kahakuloa. » There were only 8 bank owned closes all of last month. Bank owned sales is down 50% from the 16 bank owned closes we saw last May. Buyers looking for bank owned bargains will find that the pickings slim. » There were 10 short sales last month. That was done 58% from the 24 completed in May of 2013. What is most apparent is the drop in sales activity. As noted in the April stats, there was a drop in the number of properties that were pending in April as compared to the same time last year. This makes the drop in sales a little less of a surprise. Maui is following some trends that are occurring on the mainland. The National Association of Realtors reports that April existing home sales were down 6.8% compared to the same time last year. It is hard to pinpoint all of the factors that have led to the drop in sales activity in Maui County. That said, I think a significant factor has been the lack of inventory. The decrease in homes and condos at lower price points in our market has meant not enough supply to meet demand. The median sales price was down a little from last year. The bigger driver may be a little less activity on the high end of the market. There were 7 fewer sales this May compared to last May over $1M. On the other end of the spectrum, the condo medians were way up this month. Some of that gain is attributed to price increases. The rest is due to shifts in market activity. Less inventory on the low end plays a part as does a big increase in activity on the high end. There were 26 condo sales over $1M this year compared to 12 last year. That is in spite of a 17% drop in overall condos sold. The huge jump in land medians can be attributed to a decrease in low end sales, an increase in high end sales and modest price increases. The small sample size for land sales contributes to big fluctuations in medians. Does it appear that sales activity will continue to be sluggish into the summer? Right now, the numbers are mixed. We might be seeing an uptick in home sales. Home pending sales were up a whopping 27% over last May. While condo numbers appear to be continuing their recent drop in activity with a 21% drop in pendings. Land pending sales were down 55% compared to last May. What does this all mean for Maui buyers and sellers? Buyers will find that prices are still below peak market levels in all but a very few neighborhoods around the island. That said, buyers will also find that we have seen significant appreciation from the bottom particularly at the lower price points of the market. Those that are expecting to find rock bottom deals will be challenged by the limited inventory and the smaller number of distressed and bank owned properties. Buyers should expect that well priced properties will go under contract quickly, and if it is in a particularly desirable segment of the market, those properties most likely will attract multiple bids. Sellers should expect improving conditions.  Yet, overpriced properties are still sitting. Contact Michele Muir White for a free consultation to discuss the specific market conditions for the communities and price ranges that fit interests and budget. I welcome the opportunity to be of assistance. Michele Muir White R(S), ABR, SFR, Coldwell Banker Island Properties, Wailea 808.298.8448 michelewhite@hawaii.rr.com