Last month saw the purchase of 98% of the land area of the island of Lanai by Larry Ellison, CEO of Oracle, at an undisclosed purchase price. We have heard rumors that the sale was $500 million.

The Maui real estate market has seen the impact of the real estate downturn through price reductions, decreased sales volume and an increase in short sale and bank owned property (REO) transactions. There were a total of 50 REO and short sale transactions last month. Of the 86 homes sold, 25 were REO or short sales. That is roughly 29% of the sales volume. Of the 121 condos sold, 23 were REOs or short sales. That is 19% of the sales volume. Two of the thirteen land sales were bank owned.

The big news for June was the the purchase of 98% of Lanai by Larry Ellison. Lanai is one of the three inhabited islands of Maui County. The island was at one time primarily owned by Dole Pineapple. In 1961 Castle and Cook bought out Dole and unveiled plans to transform the economy from an agricultural economy to a vacation / luxury resort economy. In 1985, billionaire David Murdock acquired Castle and Cook and continued the makeover. The Four Seasons Manele Bay and the Four Seasons Lodge at Koele are the primary economic drivers for Lanai which has been hard hit by the recession. It will be interesting to see what will happen with the Lanai Real Estate market which has really struggled over the last few years. There are two segments to that market with the residential housing of Lanai City and the resort residences around Koele and Manele. My guess is that the added publicity may help boost sales volume of Lanai’s second home properties. We are all waiting to see what Larry has planned for Lanai.

Currently the former estate owned by Reverend Robert Schuller in Haiku is for sale.  This exquisite property boasts 39 acres, has a main dwelling with 10 bedroom and 10 bathrooms and is 9613 sf.  The secondary dwelling is 3 bedrooms and 3 baths and is  1853 sf.  There is also a cottage and caretaker’s quarters. The homes’ finishes are grand and the property boasts a gorgeous heated pool, sauna, tennis courts, panoramic ocean views and manicured grounds. Estate is being sold partially furnished. Located near the charming town of Paia and only minutes from Mama’s Fish House and renowned wind surfing capital of the world, Ho’okipa Beach Park makes it truly ideal. This rare offering is an enduring legacy for a family compound. A tropical retreat, formally known as the Baldwin estate that is second to none. Expansive Pacific ocean views and impeccable grounds with trees from all over the world offering a peaceful secluded haven all year round. Pure original Hawaiiana architecture throughout with attention to detail completes this magnificent estate.  Property is currently listed for $11,900,000 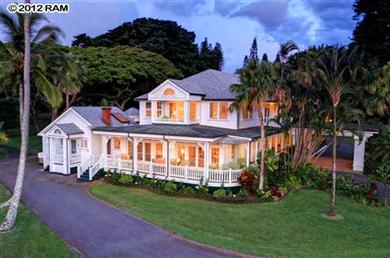 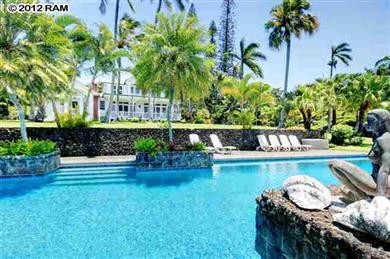 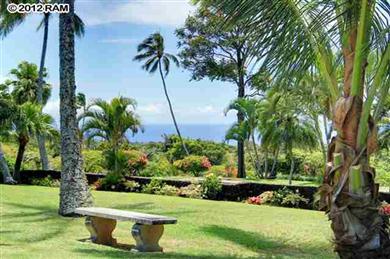