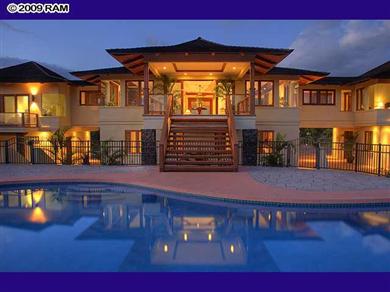 Maui real estate is seeing a trend of shrinking inventory.  Inventory is down 13-20% from July 2010.   HRS ACT 48 is also likely to slow the flow of bank owned properties.  There is a moratorium on non-judicial foreclosures and all judicial foreclosures must first go through mediation.

Residential sales volume is up 4%, while median home prices are down 5%. Condo sales volume is down 3% , while median prices for condos are down 24%. Land sales are down 3%, while median land prices are down almost 30%. Realtors Association of Maui’s analysis anticipates that 2011 sales should fare better during the second half of the year, as the first half of 2010 was bolstered by the first time home buyer tax credits.  2010 condo sales were also bolstered by new developer sales at Honua Kai, contracts that originated in 2005-2006 that closed in 2010. The Honua Kai closings also account for part of the sharp drop in median prices for condos. These new developer closings were well above the median condo sales prices, and helped inflate last year’s median sales prices.  While condo values have continued to decrease over the last 12 months, the drop is not as steep as the median condo sales numbers suggest. With fewer new developer closings in the latter half of 2010, the Honua Kai effect will be less of a factor on median prices and volume.

July 1 is the beginning of the new fiscal year for Maui County, and new property tax rates are now in effect.   The majority of the tax rates for this fiscal year were increased over the 2010/2011 rates to help offset decreases in assessed value.  Below is a list of the 2011/2012 tax rates.  Rates are based on per $1,000 of assessed value.

Homeowners (owner occupied) are currently allowed to deduct $300k from their current assessed value.  A recent Maui News article reported that the Maui County Council has given their initial approval to reduce the homeowner’s exemption to $200k.